This weekend was our annual family costume party! It was so much fun. The competition this year consisted of four events:
1) Costume Contest
2) Pumpkin Carving Contest
3) Glow-in-the-dark Ping Pong Tournament
4) Beatles Rock Band Competition
I ended up winning the Ping Pong Tournament (much to my husband and brother's dismay) and my husband ended up winning overall! It was a very fun night, and we were so glad we had so many people show up!! (Over 25 people!!)

I got really into the costume making this year, and tried two different ideas, both of which I had found on Pinterest of course! For myself I ended up sewing a Mrs. potato head costume, complete with interchangeable face parts. I also sewed an Angry birds costume for my best friend's four year old son! I was really happy with the way they both turned out!!
Here are some of the pictures: 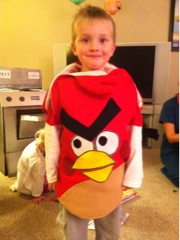 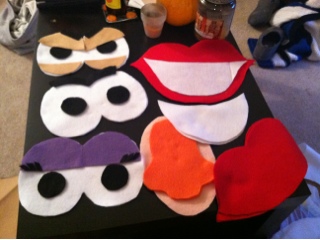 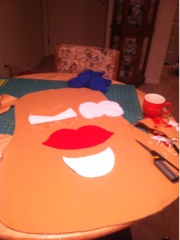 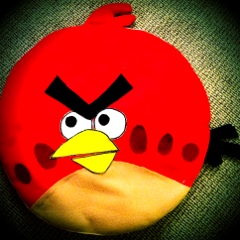 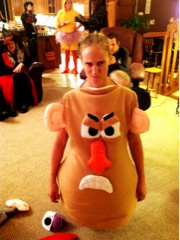 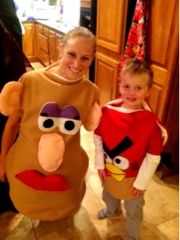 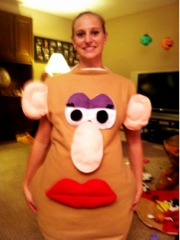 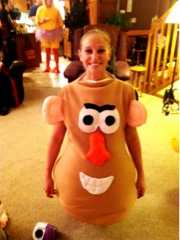 Posted by through suffering at 6:11 PM