Often times I get to have "play dates" with my aunt Inez in which we have fun rubber stamping together. She's pretty impressive. Her (whole) downstairs is a craft/stamp room. And she can stay up with the best of them! Last night I had to turn in before her.
Last night was extra fun, though, because of what we were working on. She decided she would have her stamping groups try a challenge from a rubber stamping magazine. The magazine is called "Take Ten". Supposedly all the cards in the mag take ten minutes or less to make. I can tell you right now. It's not true. Haha. But it's a great little magazine, with lots of cute, simple, card ideas.
The magazine gave us a template of a large rectangle that frames the card, and one that crosses over the opposite way. Other than that- you could do whatever you want with colors, themes, and embellishments. It took a little time for me to get my brain started. But once I did, it was a really fun challenge! It's interesting to see how many different cards can be created with that simple idea.
Now we have to wait. My aunt is sending our pile of cards in this weekend. But the next issue of the magazine doesn't come out until the summer time. We are sending in over 20 cards I think. I made 7 different cards. I predict none of them will get published. But it was still really fun!!! 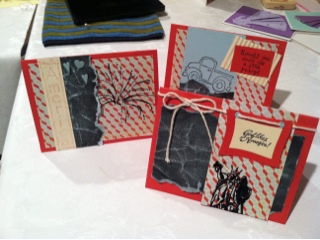 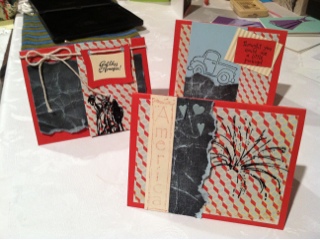 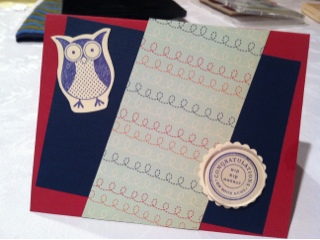 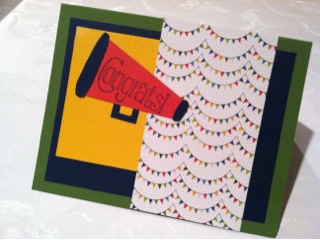 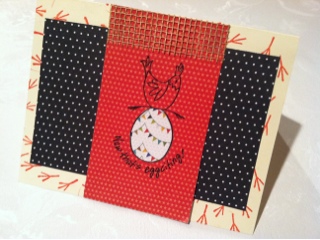 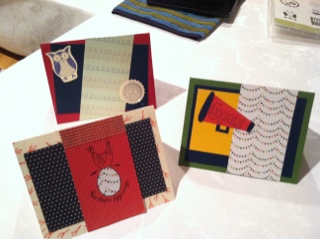 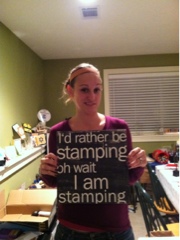 Posted by through suffering at 8:04 AM